Tell us a little bit about your character in your new TV show Traitors?
I play ‘Feef ‘, a young woman who is craving adventure and a purpose in life post WW2.  Feef is bold, brave and passionate about what she believes is right and wrong. She wants to make her mark in the world and be a part of change.

How did you audition for the show and when did you find out you had the part?
I did a self-tape back in early 2017 but it wasn’t until later that year I was asked to go into do a chemistry read with Luke Treadaway. I left feeling like I didn’t know how it had gone but a week later, as soon as I touched down from a flight I got a call from my agent so say I’d been offered the role!

How much of yourself leaked into the character?
I think being so close to and working obsessively in character development meant that I merged with the character to my benefit. I found it useful to find characteristics of myself that attributed to Feef and played on those. The further we got into filming I’d say the more of myself leaked into the character as I was Feef more hours out of the day than I was me. Having said that, I would consistently refer to Feef as ‘her’ or ‘she’ when talking about a choice or thought process she would have – there has to be some kind of separation.

How was it to work alongside Keeley Hawes, did she give you any tips?
The wonderful thing about Keeley is that as well as being incredibly hard working and talented she’s also one of the warmest and loveliest people I’ve met and had the pleasure of working with. I learnt so much from her technical skills and professionalism on set. I feel as an actor you excel in your own performance more when acting opposite someone who draws you in and makes you truly believe in that moment which is how I felt working with Keeley. Although my most favourite memory is drinking a lot of tea and devouring a Madeira cake in between filming a scene. Oh and laughing – a lot of laughing!

What do you do with your time off in London?
I’m a simple creature when it comes to my time off – I love walking my dog, seeing friends for breakfast, lunch or dinner! Basically any activity that involves food.

Any new projects on the horizon?
There’s quite a few projects around at the moment that I’m interested in but also taking the time to be selective and consider my options. There’s so much out there I want to carefully choose what I do next. 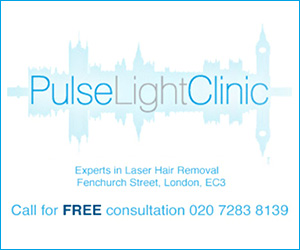